Now this is one couple that I can not wait to photograph!!!!!

There Story in Lisa’s words

March of 2011, I went to a Stag & Doe in Varna.  I had to work the next morning so I wasn’t going to go but my friends convinced me.  Lance does some DJ work on the side and was doing the music that night.  I love to dance so I was dancing like crazy and my one friend Katie leans over to me to say “Lisa, the DJ is totally checking you out.”  I said “pffft, no he’s not.  He’s in a band and probably has a ton of girlfriends.  Trust me, I want nothing to do with that.” See, I went to school with Lance’s sister and brother.  I had never met him, but knew who he was, knew he was in a band; I had a jaded image of men and knew the stigma that comes with being a band member.  So, I left and went on with my life never giving it a second thought.  Little did I know that the DJ was checking me out and trying to work up the courage all night to come talk to me.  Lance called his sisters after the Stage and Doe was over to tell them about this girl and how he upset and disappointed in himself he was that he never talked to her.  He thought he had blew his one chance and would never see her again…

Skip ahead to June 2011.  I was the shooter girl at my sister’s Stag & Doe in Exeter.  One of the bridesmaids (Katie) booked Lance to DJ last minute – we still had no idea who each other was at this point.  When Lance got there to set up, my mom suggested to Katie that they should try to hook the DJ up with me but she told mom what I said in Varna.  Lance on the other hand couldn’t believe it when he saw that this girl he thought he would never see again was there and he had a second chance to talk to her.  At the end of the night, that’s what he did…he almost chickened out again, but pulled it off.  He blew me away immediately because of his confidence and maturity – not at all what I had expected.  We chatted for a while and he asked if he could call me sometime.  I never give my number out…but I gave it to him…he was just different, and I knew it right away.  That same night at 2:00am, Lance called his sisters to tell them that he had met his future wife (true story…he actually told them this!).  He called me the next day, and we were engaged 6 and a half months later.

How it all happened……

We decided to get an apartment together.  The night we were to pick up the keys, we went to dinner first.  When we went to pick the keys up the property manager was showing us around one last time.  After a few minutes, Lance asked her if we could just have some time alone to check the place out and to talk about it a little more.  So she left.  I was walking around saying things like “the couch can go here, and the table can go there…”  Lance kept pulling me over for hugs asking me if this is what I want for sure and if I’m happy.  I was just like, “oh yeah of course!  I’m so excited that we’re doing this!  It’s going to be fun!”  So I keep going with my rants of what we should do with the apartment, and he keeps pulling me in saying nice things.  Then he starts getting all weird and jittery, telling me how he feels about me and about us, and all these nice things, going on and on.  I was just nodding and telling him I know and was getting confused and honestly a little worried because he started shaking, getting sweaty with tears in his eyes, then in the middle of his random banter, he says, “I’m just so nervous!”.  Then I was really worried that he was about to tell me something bad when he got down on one knee in the middle of our empty new apartment where we were starting our life together.  All I could do was stare wide-eyed with my hand over my mouth, not breathing as he asked me to marry him.  I stared at him for a while just like that, then yelled, “you’re crazy!!”  I don’t think he was sure what to think as I left him on one knee calling him crazy.  Then I said, “oh, yes! But you’re crazy!”  I didn’t have the slightest clue!!  We told our families and although it seemed soon in our relationship, no one was surprised really – we just fit.  He said he just couldn’t wait and hold onto the ring any longer.  Naturally I asked how long he had it…28 hours!  He had went into the mall a couple days before to buy an iPad and came out with a ring.  He knew for a long time he had wanted to propose.

I went on the Bedard family vacation a month after we started dating!  It was my first time fishing, and I even took the fish off the hook, and put one worm on…but only one!  By the end of the trip, his parents decided they wanted to keep me.Lance’s first dinner with my family was brutal.  My sister and mom like to tease – they went overboard to test his sense of humour and how he can take it – he took it like a champ and still takes the teasing but dishes it out just as bad.There are so many random day-to-day things that we say or do that are hilarious but there’s actually another story I’d like to tell.

A week before my 30th birthday, Lance was taking me to a dinner party at his friend’s place.  He told me about this a couple months before so I had known about it for a while.  We were on our way, and I was asking questions about who was going to be there, how long we would stay, would I know anyone…and he gave very legit, believable answers.  He wanted to stop at the town hall in Zurich to pick up Nick’s guitar so he could take it to him.  I was waiting in the car, but he came back out and asked if I would come in to help him move something – “looks like they’re set up for an event of some sort.”  So I went in to help him move whatever that was supposed to be when 50 of my friends and family yelled “surprise!!!”  It was actually a surprise party for my 30th birthday.  My friends from up to 3 hours away were there, along with my entire family.  I don’t like to make a big deal over my birthday so I had NO clue and was 100% surprised – it was wonderful.  This secret had been kept from me for over 2 months and Lance planned the whole thing.

Those moments that make you want to squeeze your partner like you will never see him/her again….

I go to see a lot of shows that Lance and his band play.  He is the drummer and lead vocal of the Lines Between.  He writes the majority of the lyrics for their original songs.  Since I’ve known Lance, I’ve seen/heard songs come from their birth to their full life – I’ve seen/heard the writing process.  I was at a show one snowy January night at Norma Jeans in London.  The band was playing and Lance often talks to the crowd in between songs.  After one song, he started talking: “Now I’d like to tell you a story…about 7 months ago, I met the girl of my dreams…and now we’re engaged to be married.  A few months after we first started dating, I began writing a song…she’s heard this song before, but what she doesn’t know is that I wrote it about how I felt about her at that time…It’s called Breathless.”  And then they proceeded to play Breathless – a song that I witnessed the creation of; a song that I had heard many times before but was now hearing it with different ears knowing it was actually my song…and it was beautiful.  When they were finished, he said “I love you baby…”.  Honestly now, what girl doesn’t dream of this happening? 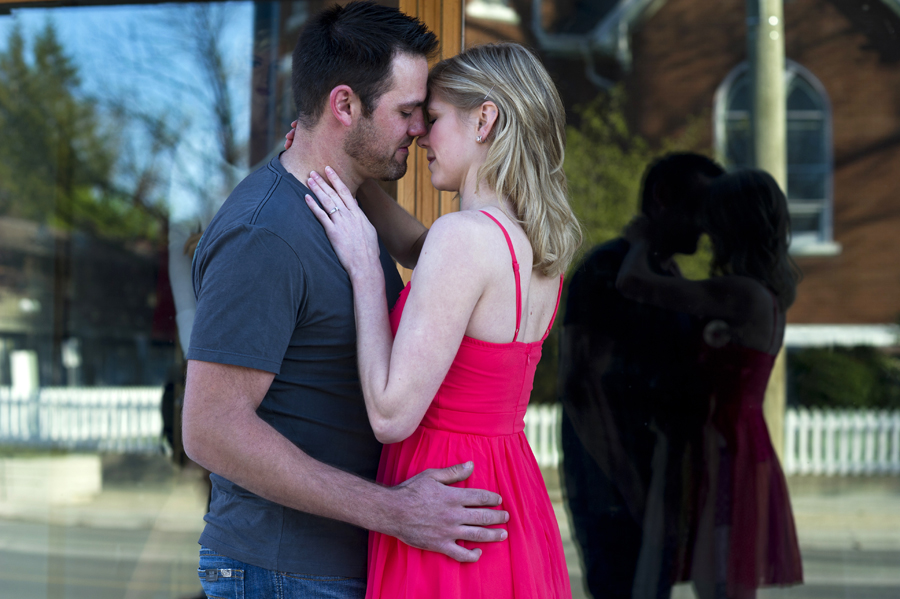 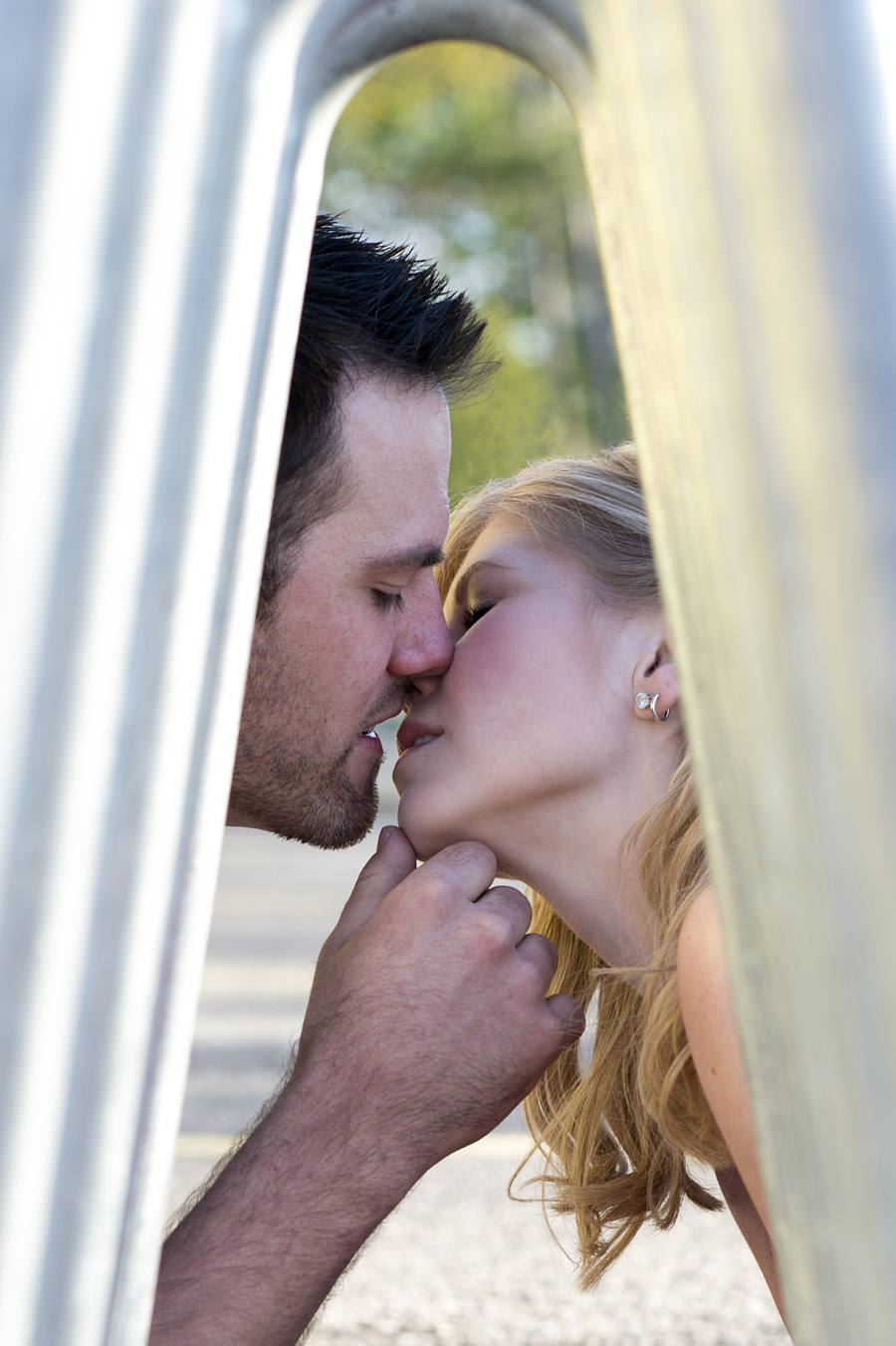 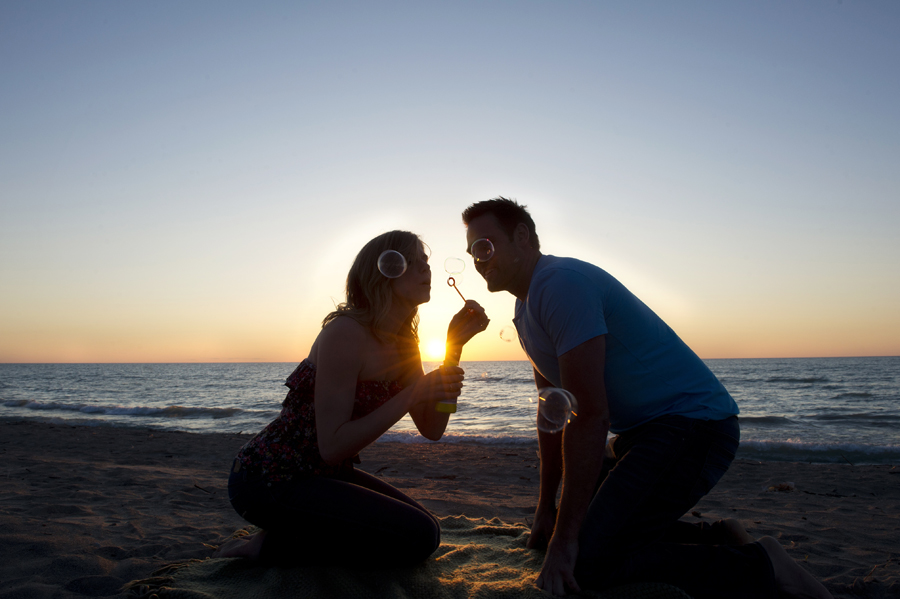 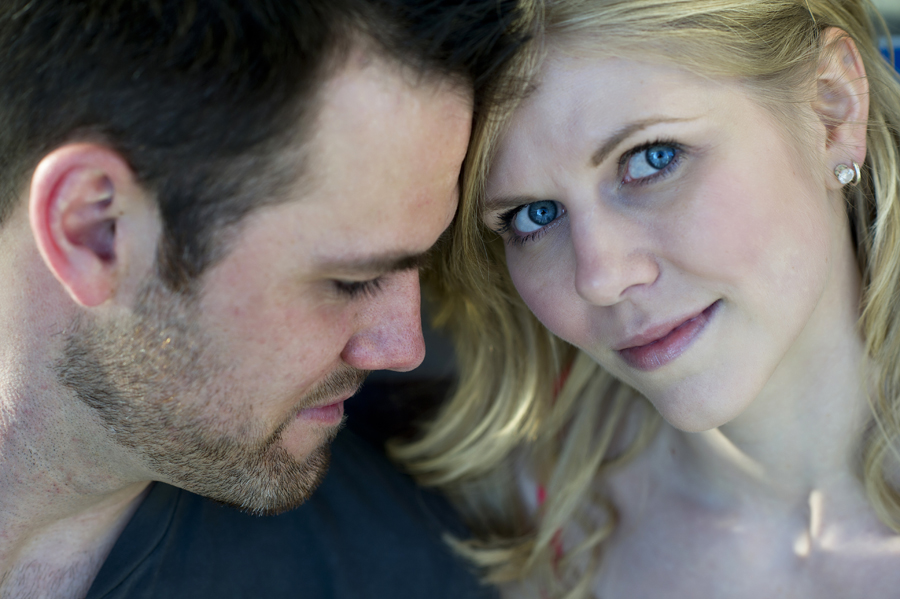 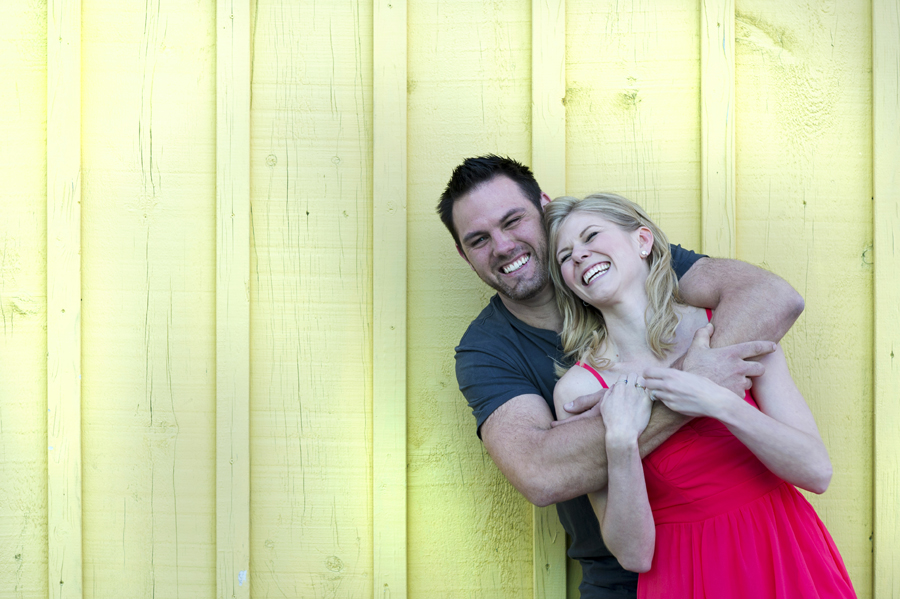 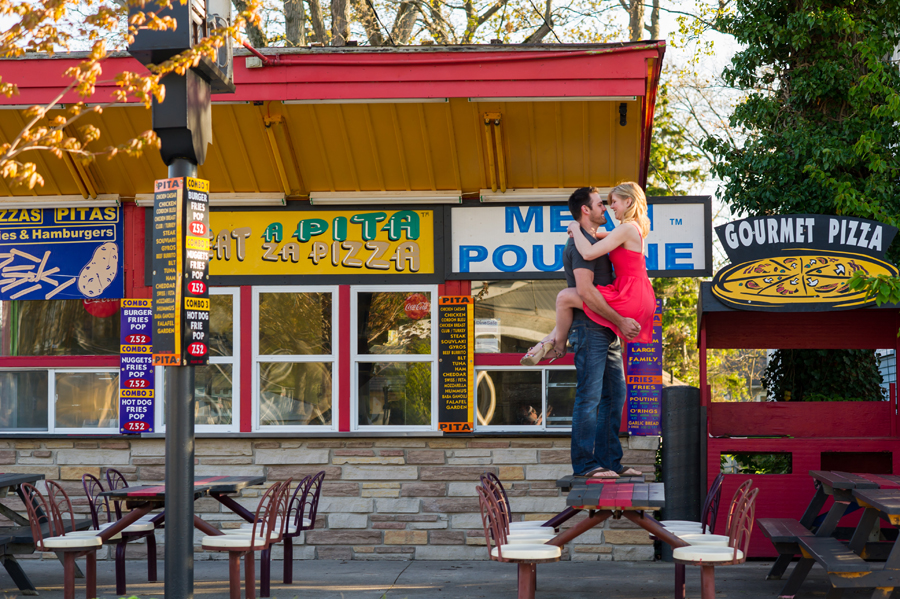 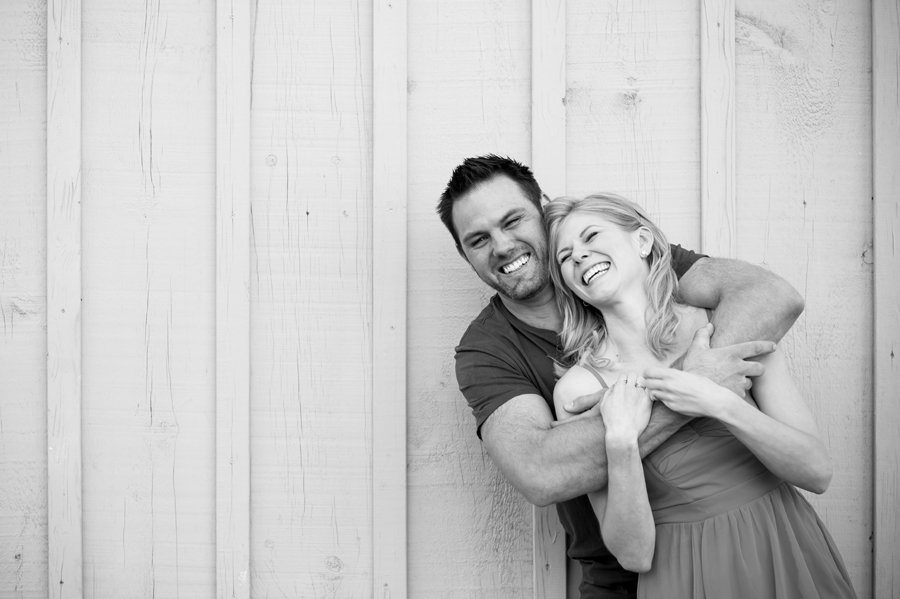 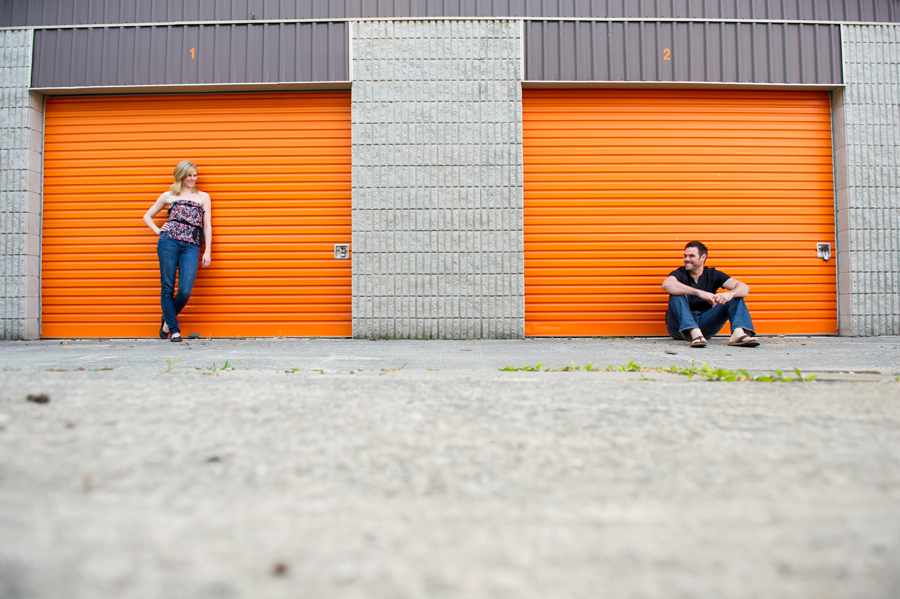 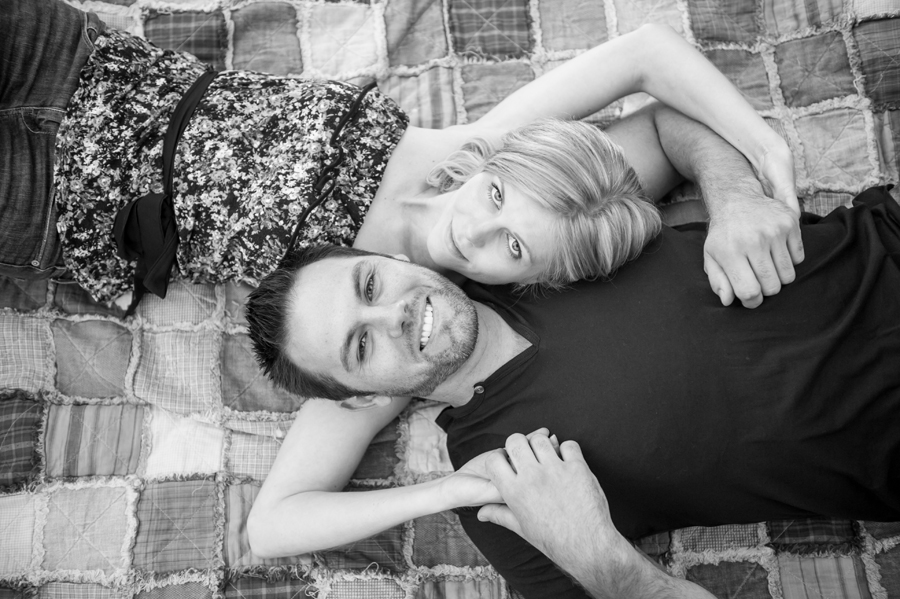 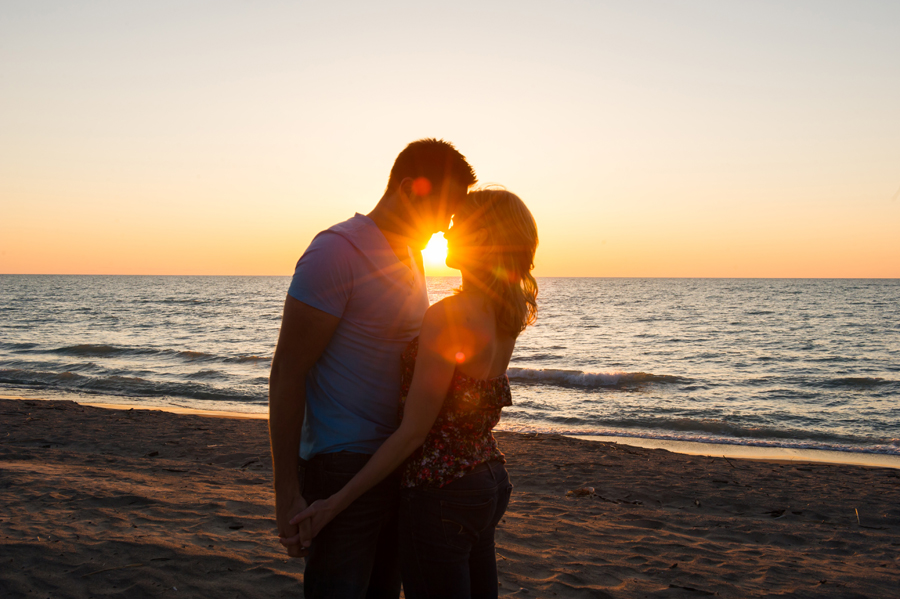 Look at all this hair!!! Pre-Booking newborn shoot

Outdoor family sessions are a wonderful way to doc

Cold outside? I have a huge studio for indoor mate

Easter is around the corner! I have a handful of s

A wet and cold engagement shoot could not stop the

I still have a few spots left! Snag your 2023 East

WEDDING PHOTOGRAPHER
BASED IN LONDON, ON